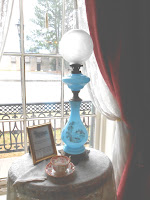 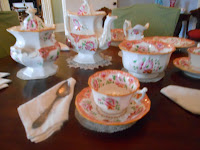 While traveling in Georgia this winter I visited the boyhood home of Woodrow Wilson. I found it extremely interesting to contemplate the influence the civil war scenes playing outside his families windows had on his life and in the decisions he made as President of the United States during World War I.

Just across the street from the family home is one of many churches that held prisoners of war and injured soldiers waiting for medical help and his father was pastor of another major church. 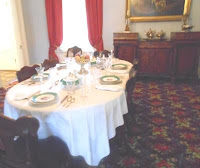 This museum has many original pieces of furniture and porcelain items and the tour guide loves to tell stories about "Tom" and his antics as a boy.  Thomas Wilson official dropped his first name and used Woodrow, his middle name and is his mother's maiden name.

Woodrow Wilson was President at the end of World War I and "played an international role in the negotiation of the Treaty of Versailles and the organization of the League of Nations." He is also the President that issued a presidential proclamation on May 9th of 1919 that officially established the first national Mother s Day holiday.