The earliest known copper-red glaze occured during the Tang dynasty and it reappeared in both the Ming dynasty and eventually perfected in the Qing dynasty. The well protected secrets of making the copper red glazes, also called oxblood red, turned out to be so well protected that many formulas were destroyed and not passed down to the next Mastercraftsman. 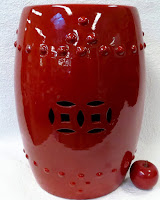 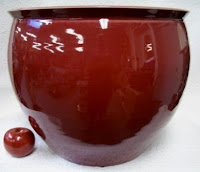 A hundred years or more would pass where the art of red porcelain was lost completely, and then, reinvented once again. Because of this, different red glazes exist today, all with different names despite their obvious similarities. 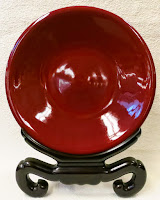 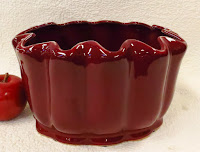 The red glaze is made with copper, a very volatile substance that makes the red glaze difficult to predict if the porcelain will turn out pure red when finished. 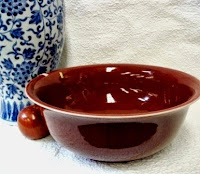 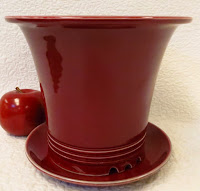 Everyone recognises the difficulty in achieving this glaze.  “It’s sophisticated and refined, and it’s difficult to achieve,” says Tina McEown, an antiques dealer and collector in the Valley. “It’s fired with no oxygen, which can cause the color to change, and it’s fired many times. It’s not simple.”

For additional reading on the ox blood red porcelain, click on the three links provided below.
All the photos on this page are products from www.BlueWhiteVases.com.